How to Stimulate the Parasympathetic Nervous System with Exercise 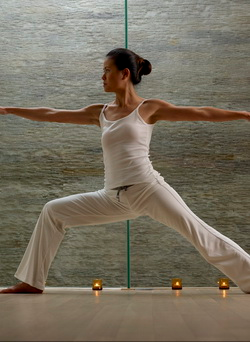 We have received an incredible response to our series on Balancing the Sympathetic and Parasympathetic Nervous Systems (if you haven’t read it, but sure and check it out – it’s a great primer for what we will discuss here!). Out of that series, we received several questions about how to stimulate the parasympathetic nervous system (PNS) with exercise. This is an interesting question, because exercise, especially when someone is just starting out or they are exercising intensely increases the sympathetic nervous system (SNS) rather than the PNS. However, the body is designed to spend most of its time in the PNS, and doing certain exercises can improve the PNS response and reduce the impact that stress has on your health.

High intensity exercise activates the SNS; the more intense the exercise, the more stress the body can endure (assuming you are getting enough rest and adequate nutrition). Interestingly, studies have shown that repeated, intense exercise can decrease a person’s ability to reactivate the parasympathetic response and reestablish homeostasis. Thus, it appears that repeated, high intensity workouts can inhibit a balanced parasympathetic response.

There are several ways to improve and strengthen the PNS response, which will help relax the mind and body. These include regular aerobic exercise, mind-body centered exercise (including yoga, tai chi and qi gong) and meditation.

It has been shown that regular aerobic exercise can increase the activity of the parasympathetic nervous system and decrease sympathetic activity. Studies have shown that light to moderate intensity exercise for at least 30 minutes per day at least five days per week can improve the PNS response.

Resting and exercise heart rate are controlled by the sympathetic and parasympathetic nervous system.  The SNS prepares the body for physical activity by increasing heart rate, increasing blood pressure, increasing the respiratory rate and releasing glucose from the liver to supply quick energy.

Mind-body centered exercises, like yoga, tai chi and qi gong, have been used for centuries to quiet the mind and strengthen the body’s reserves. The key is to focus on your breathing while deliberately/consciously moving in and through the poses without physical strain or mental chatter. In essence, in so doing you are getting the benefits of both light-intensity aerobic exercise as well as meditation.

Several studies have demonstrated that meditation can improve the parasympathetic response and delay the onset of SNS activation. A study done in Norway found that male runners who meditated for thirty minutes several times a week for six months had lower blood levels of lactic acid after exercise. This has at least two important implications. On the one hand, it indicates that mediation may give athletes a competitive edge by delaying the SNS activation by exercise, permitting them to exercise at higher levels of intensity for longer periods of time. On the other hand, for those that are solely looking to reestablish balance in their lives, it means that meditation may allow them to gain further PNS activation during and after their regular aerobic workouts.

We are often asked “What is the best time to meditate?” The answer is simple – whenever you can carve out 5-10 minutes. Some studies indicate that meditating after a workout can improve recovery and deepen the PNS response, so it may also be wise to end your workouts with a 5-minute guided meditation to speed recovery and promote a deeper relaxation response.

Many other techniques can also be used to help improve the PNS response, including deep breathing, Swedish and/or other light-touch massage and even walking. The key with any of these techniques is in their regular use. Incorporate one or two of these techniques into your daily regime every day and you’ll be experiencing the relaxation and calm that accompanies a healthy PNS response in no time at all.

From our friends at Amino-Acid-Therapy.com