How the Brain Responds to Artificial Sweeteners

There have now been studies on over 100,000 people (!) that show that the consumption of artificial sweeteners  leads to weight gain. Researchers have been investigating this counter-intuitive phenomena for decades with some very interesting results. However, one of the newer discoveries has to do with how artificial sweeteners affect brain signaling. As it turns out, these effects can have a dramatic impact on our appetite.

The Desire to Eat

So what drives the desire to eat? Eating pleasurable food shares the same brain circuitry with other pleasurable activities such as sex and drug administration. It also shares the same behavioral sequences as other forms of addiction, including binging, withdrawal, craving and cross-sensitization (i.e., seeking out other behaviors/substances that can stimulate the pleasure response).

Scientists have found that the process of eating stimulates the pleasure response via two distinct pathways: (1) our sense of taste and (2) signals sent once foods are digested. It turns out the artificial sweeteners do not activate the food reward pathways in the same fashion as natural sweeteners, and this can cause people to have increased cravings, increased appetite and in the end, to eat more food. Let me explain.

In humans, when foods first hit our tongue, our taste receptors send signals to the brain. If the food is sweet, high in fat or has other qualities that we are biologically designed to deem as pleasurable, dopamine-dependent neurons fire; in nature (i.e., with naturally occurring foods), this signalling pathway is crucial to our feelings of satisfaction following a meal. It is here that part of the problem lies with artificial sweeteners. Researchers have found that although artificial sweeteners stimulate a pleasurable response, they do not signal satiety or satisfaction, which can trigger a person to eat more after artificially sweetened foods and/or beverages are consumed.

In addition, the lack of calories in artificial sweeteners generally eliminates, or at the very least severely dampens, the pleasure-inducing signals sent once those foods are digested. This further fuels food seeking behavior. Thus, it is becoming clear that sweetness decoupled from caloric content offers only partial activation of the food reward pathways. Our brains receive these signals, but they do not compute – in nature (i.e., when we eat real food), when we taste something sweet, there are plenty of calories that come along with the sweet sensation, which leads to our feelings of satisfaction and satiety. When those calories aren’t there, the brain sends signals to make it right – those signals tell you to eat more food.

In addition, artificial sweeteners, precisely because they are sweet, encourage sugar cravings and sugar dependence. It is well known that repeated exposure to a certain flavor will train our brains to prefer that flavor. Study after study has shown that a strong correlation exists between  a person’s customary intake of a flavor and their preferred intensity for that flavor. Thus, the more sweet things you taste, the more sweet things you want to eat; every time you eat something sweet (whether it contains sugar or artificial sweeteners), your brain gets and sends the signal to eat more of those sweet-tasting things. This further encourages the consumption of more calorie-dense foods, which will lead to increased body fat over time.

Artificial sweeteners are marketed to those that that are trying to lose weight and control blood sugar, often being portrayed as “health food”. The evidence, however, suggests that nothing could be further from the truth; it turns out that a sweet taste without the associated calories causes increased appetite, increased desire for sweet foods and an over-consumption of calories from those pleasurable foods, all of which leads to weight gain and (exacerbated) blood sugar imbalances.

The good news is that these inappropriate brain signals can be tamed by dramatically reducing and/or eliminating foods and beverages that contain artificial sweeteners and/or high concentrations of sugar and including foods that will help your brain send the appropriate signals. Yes, things will not taste the same (or even “good”) while you are re-training your taste receptors, but over time (usually 30-45 days) your sensation of taste will change and adapt to a more healthful diet. AND, you will be achieving the goal(s) that originally drove you to consume artificially sweetened foods and beverages in the first place – weight loss and blood sugar control. 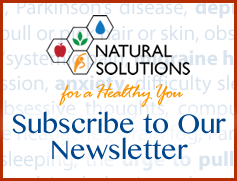