Artificial Sweeteners and Blood Sugar – What you NEED to Know 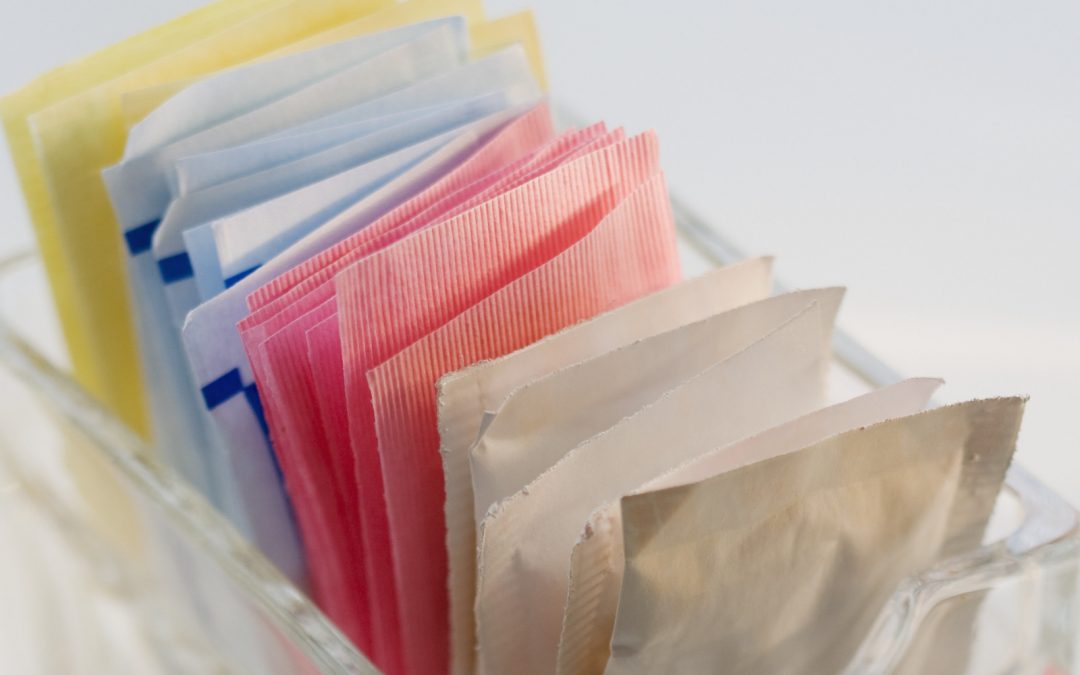 In a previous post, we highlighted research that showed that those that consumed non-caloric artificial sweeteners (NAS) experienced higher blood sugar levels and gained more weight than those that did not. This baffled researchers at the time, as NAS had been assumed to be helpful to those trying to lose weight and are often marketed to those with blood sugar imbalances, including diabetes. New research is uncovering why NAS have such detrimental effects.

A group of researchers from the University of Adelaide in Austrailia have made a breakthrough discovery about how NAS affect blood sugar levels in humans. In their study, they provided healthy adults with a NAS combination (92 mg of sucralose and 52 mg acesulfame-K per day) or a placebo for 2 weeks. This amount of NAS is equivalent to roughly four cans of diet soda daily. What they found was that just 2 weeks of NAS consumption increased sugar (glucose) absorption, increased blood sugar and reduced a hormone (called glucagon-like peptide-1 (GLP-1)) that helps regulate blood sugar. What this means is that consuming artificial sweeteners can reduce the body’s ability to regulate blood sugar, increase the amount of sugar that is absorbed after eating and could actually predispose people that consume artificially sweetened beverages to type 2 diabetes. (The results of this study were presented at the European Association for the Study of Diabetes (EASD) 2017 Annual Meeting in Lisbon, Portugal in September, 2017.)

Let me say that again so it has some time to sink in – consuming artificial sweeteners – like aspartame (Nutrasweet, Equal, Sugar Twin), saccharin (Sweet and Low, Sweet Twin, Sweet’N Low), sucralose (Splenda) and acesulfame K (acesulfame potassium, Ace-K, Sunett) – can actually predispose a person to blood sugar imbalances and diabetes. In addition, it can make you gain weight. These are the very conditions artificial sweeteners are promoted to help. The unfortunate consequence is that many people are unknowingly sabotaging their weight loss and blood sugar control efforts and speeding the progression of obesity and diabetes as well as all the health consequences that go along with them, including cardiovascular disease, stroke, dementia and Alzheimer’s disease.

You Can’t Have Your Cake and Eat It Too

Artificial sweeteners are marketed to those that are addicted to sugar and sweets. They are promoted as a way for people to be able to enjoy that sweet taste but not have to pay a price in terms of calories. Unfortunately, the price to be paid turns out to be much worse. This doesn’t mean you are doomed if you  are addicted to sugar and/or that sweet taste; it does mean that some work needs to be done in order to correct it. That often starts with dietary modifications aimed at reestablishing blood sugar control and breaking the sugar-addiction cycle. It may also involve correcting any neurotransmitter imbalances that have been caused or exacerbated by the artificial sweeteners.