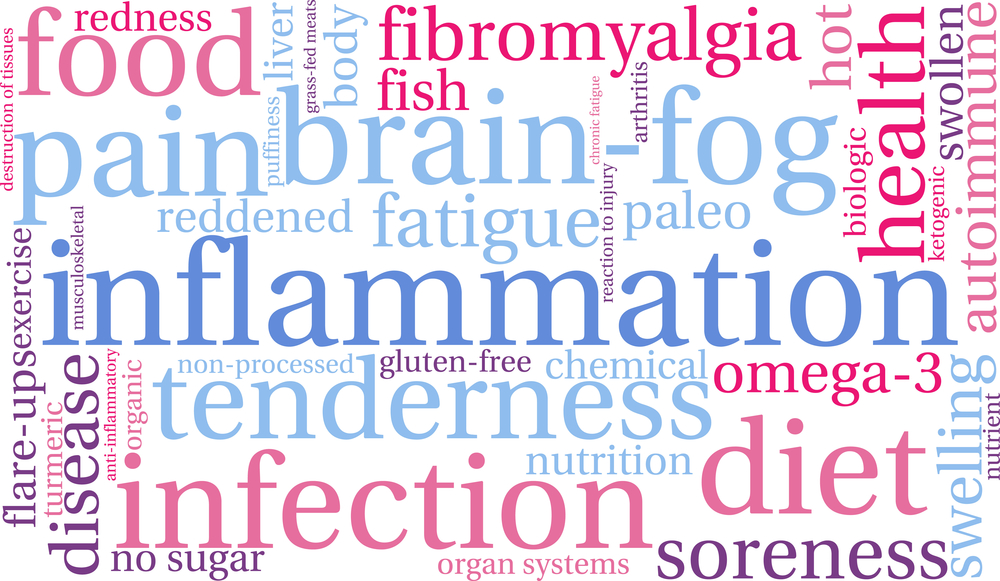 Excess body fat is a key cause of chronic inflammation in the body. There are also several other common causes of inflammation that typically afflict people that are overweight, and it won’t surprise you that many of them stem from the underlying metabolic imbalances we have been discussing throughout this course. These include sleep deprivation, excessive or chronic stress, insulin resistance, gut imbalances and toxic burden. However, the largest (non‐fat) contributors to systemic inflammation in the body are the things most people put into their mouths every day.

Here again, the SAD is a major player. In this instance, the SAD could also stand for the ‘Super‐inflammatory American Diet” as it is pretty much designed to promote chronic inflammation. Most Americans consume a diet that is very high in processed foods that contain high amounts of trans fatty acids, omega‐6 fatty acids and sugars, all of which are extremely inflammation‐producing.

Trans fats are produced when vegetable oils are hydrogenated or partially hydrogenated. This means that they take the liquid vegetable oil and bubble hydrogen through it in order to add hydrogen to the chemical structure of the fat (hence the term ‘hydrogenated’). This makes the liquid fats become solid or semi‐solid at room temperature and gives the fat a longer shelf life. It also imparts a consistency that is more desirable for use in baked goods and processed foods.

The problem is that the hydrogenation process is never complete, and a consequence of this is the formation of what are called ‘trans fatty acids’ or ‘trans fats’ (the ‘trans’ term describes the chemical configuration of the resultant fat). Trans fats are used as a low cost alternative to animal fats in many foods, including fast food, snack food, fried food, and baked goods. This substantially increases the shelf life and decreases the need for refrigeration. Unfortunately, these fats are foreign to the body and have severe health consequences.

This increase in trans fats has very dire health consequences. The reason for this is that the human body cannot properly digest these foreign fats and they cause a great deal of inflammation. Trans fats have been shown to significantly increase the risk of coronary heart disease, Alzheimer’s Disease, prostate cancer, breast cancer, diabetes, liver dysfunction, infertility, depression, insulin resistance, and obesity.

In fact, the National Academy of Science (NAS), which advises the United States and Canadian governments on nutritional science for use in public policy and product labeling, has stated that there is no safe level of trans fat consumption. This is supported by a 2006 scientific review published in the New England Journal of Medicine that states “from a nutritional standpoint, the consumption of trans fatty acids results in considerable potential harm but no apparent benefit.”

Because of this, many countries have placed strict requirements on the use or consumption of trans fats or eliminated them in food products all together. Even in the United States, where big‐business rules much of the food manufacturing and regulatory agencies, several states and organizations have restricted or eliminated the use of trans fats.

Omega‐6 fatty acids are most commonly found in vegetable oils, especially corn, safflower, soy, peanut, cottonseed, sunflower and canola oils. These oils are rich in an omega‐6 fatty acid called linoleic acid. Linoleic acid is converted into another omega‐5 fatty acid in the body called arachidonic acid. The problem is that arachidonic acid is the precursor to a number of pro‐inflammatory chemicals (our old friends, the cytokines).

In addition, not only does high omega‐6 fatty acid intake promote elevated levels of inflammatory chemicals, it also activates other powerful inflammatory molecules, including tumor necrosis factor‐alpha (TNF‐α), interleukin‐6 (IL‐6) and nuclear factor kappa beta(NF‐kappa β). NF‐kappa β in turn has the power to turn on the genes that promote the production of over seven other pro‐inflammatory compounds. This means that omega‐6 fatty acids pack an incredibly powerful inflammatory punch in a little package by both directly and indirectly increasing the amount of inflammation in the body when they are eaten. Unfortunately, most people eat a lot of them.

Just like with trans fats, vegetable oils are a recent addition to the human diet. Over the past 40 years, the recent focus on saturated fat and cholesterol prompted the misguided use of linoleic‐rich (omega‐6‐rich) vegetable oils, rather than the use of more healthful oils such as olive oil or coconut oil. This coupled along with the low intake of omega‐3 fatty acids has led to a dramatic shift in diet‐induced inflammation.

Omega‐3 fatty acids to the rescue

The main dietary strategy to counterbalance these inflammation‐producing omega‐6 fatty acids is to consume omega‐3 fatty acids like alpha‐linolenic acid, eicosapentanoic acid (EPA) and docosahexanoic acid (DHA). EPA and DHA are better known as ‘fish oils’ as they are predominately derived from fatty fish.

Thus,omega‐3 fatty acids reduce inflammation and counter the harmful effects of omega‐6 fatty acids.
Before the widespread use of omega‐6 rich vegetable oils, it is generally estimated that the dietary omega‐6 to omega‐3 ratio was around 2‐to‐1 which kept dietary‐induced inflammation in check. However, the omega‐6 to omega‐3 fatty acid balance for most people today is closer to 20‐ or 25‐to‐1. This is due both to the decrease in consumption of fatty fish and omega‐3 fatty acids, as well as the increased consumption of omega‐6 rich vegetable oils (mainly in processed and fast foods). This severely imbalanced fatty acid intake has profoundly shifted our bodies to a pro‐inflammatory state.

Trans‐fats and our fatty acid balance are not the only things we put in our mouths that cause a great deal of inflammation. In fact, the dietary culprit responsible for the most inflammation in your body is probably sugar. If you are like most Americans following the SAD you eat a LOT of sugar.
In fact, according to the United States Department of Agriculture (USDA), Americans eat 156 pounds of sugar per person per year. One hundred and fifty six pounds! That is 31 five‐pound bags of sugar per person every year! To break that down even further, that’s about 44 teaspoons of sugar every day!

Energy drinks, soda and soft drinks account for nearly 36% of this total, or about 16 tsp of sugar per day (about 67 grams sugar/day). Since the average can of soda has about 40 grams of sugar in it, or about 10 teaspoons, every single American drinks, on average of almost two twelve‐ounce cans of soda every day. I don’t drink any soda, so somebody else is drinking ~4 cans/day. That’s a lot of sugar.

The problem is that sugar is very, very inflammatory, especially to those that are overweight and/or insulin resistant. Since sugar in its many forms is consumed so readily by so many people, it is no wonder people are constantly in pain AND overweight.