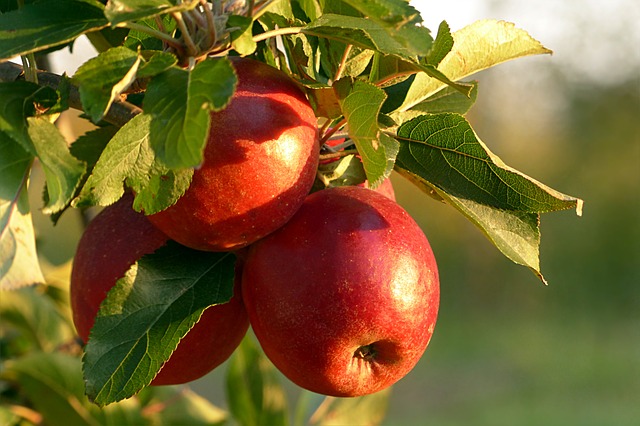 When you look at food, deep colors tend to catch your eye more – meaning they are often more appealing to you – than less intense, or deep colors. For example,when you look at tomatoes, you will generally reach for a tomato that has a deep red color rather than a tomato that has a little red or pink color. Somewhere in the recesses of our brains, we know that things that have a naturally deep, intense color are better for us; and for the most part that is true.

The compounds responsible for the colors of many vegetables and fruits are called phytonutrients and they play an important role in health. Most of these phytonutrients are powerful antioxidants. It is these compounds that have been found to be incredibly beneficial for human health.

There are a lot of red vegetables and fruits in nature, and that is a very good thing. Many of these red phytonutrients are essential for optimal health.

Lycopene is a phytonutrient that is responsible for the deep red color of tomatoes and tomato-based products (tomato juice, spaghetti sauce, tomato soup and tomato paste), as well as the red color of watermelons, pink grapefruit and guava. Lycopene has been shown to reduce the risk of many types of cancer, including prostate, breast and skin cancer. It has also been shown to reduce the risk of heart attacks. Normally, cooking vegetables destroys some if not many of the antioxidant compounds contained in foods; not so with lycopene. In fact, studies have shown that cooking tomatoes actually greatly increases the amount of lycopene available to us, as the cooking process breaks down a lot of the fiber and cell structure in tomatoes, which causes the release of more lycopene.

And lastly, astaxanthin is a red phytonutrient that gives salmon, trout, krill, shrimp and crayfish their red-orange color. It is a very powerful antioxidant, being 6000 times more potent than vitamin C. As such, the benefits attributed to astaxanthin are wide ranging, including improvements in vision and joint health as well as reducing wrinkles, age spots, skin damage due to sun exposure and other signs of aging. Once more, astaxanthin has been shown to increase energy as well as endurance and exercise recovery while reducing the incidence of Alzheimer’s. As more research is done, astaxanthin is likely to be known as another one of the super-antioxidant compounds, similar to resveratrol and EGCG.

The moral of this story is to eat as many deep red vegetables and fruits as possible every day. This may very well be the reason for the old saying “An apple a day keeps the doctor away”!

Our next post will look at the orange phytonutrients.